Earlier this year we completed Volume 1 of Building Foundations of Scientific Understanding, our primary science curriculum, which covers grades K-2. We've now started on Volume 2 of BFSU, for grades 3-5.

I wanted this graduation from one level to the next to feel special, like a real milestone. So, before starting Volume 2, we took a few weeks to level up our approach to science.

I decided to approach it from a few angles (this is the first post in a series of four):

Wanda has tended to be a logical, rational thinker, and has always seemed to have a pretty clear delineation between fantasy and reality. I felt she was ready to start learning more about critical thinking.

Building Foundations of Scientific Understanding has a Baloney Detection Kit included as an appendix. The Baloney Detection Kit comes from Carl Sagan's book The Demon-Haunted World: Science As a Candle in the Dark. It is a guide to applying critical thinking to ideas—a way to keep your scientific understanding away from the pitfalls of magical or wishful thinking, and grounded in something closer to the truth.

BFSU's adaptation of the Baloney Detection Kit has been updated with the way small kids see the world in mind. It is written more for the teacher than for the kid, to help you model critical thinking for your child. This will help you support your child as they develop a more full understanding of how the world works through your scientific explorations together.

There are several adaptations of Sagan's Baloney Detection Kit out there. BFSU's version has these points (the BFSU book has full elaborations on each):

Forceful declarations do not substantiate facts or truth.

Every effect has a rational cause.

Two events occuring in sequence do not imply a causal relationship.

The universe is governed by natural laws and principles.

Inability to think of an alternative does not make the reason at hand right, nor does proving one idea wrong make another idea right.

All the data and/or observations must be considered.

Beware of generalizing from the particular to the universal.

Quantities must add up.

Beware of an argument that attacks the speaker rather than the data.

Theories are not equally valid.

A theory cannot be dismissed simply because it is a theory.

"Believe or suffer!" or "Believe and be rewarded!"

Beware of predicting outcomes on the basis of unsubstantiated causes.

To extend past merely modelling good critical thinking, Wanda and I read the Baloney Detection Kit together. As you can see from the items above, it's not written in kid-speak, so I was using a lot of example scenarios to demonstrate the ideas. We discussed one or two of the points at a time, over the course of a couple of weeks. It was fun for us to delve into, and it sparked great conversations.

To keep those conversations going, we've also purchased this deck of critical thinking cards from School of Thought. I don't have a set plan for how we'll use them, but I've no doubt they'll come in handy.

If you're interested in more resources relating to Carl Sagan's Baloney Detection Kit, Brain Pickings wrote a great article about it, and some high school students created this snazzy, sandwich-flavored infographic about the BDK based on another interpretation. 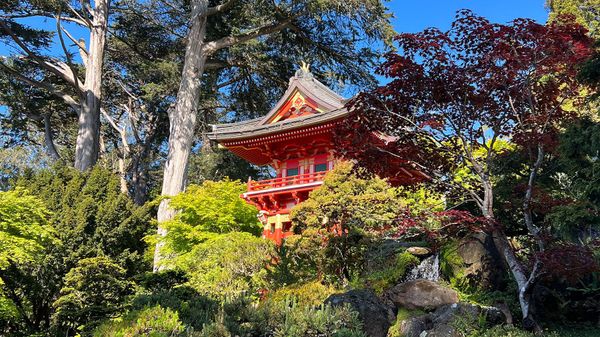 Golden Gate Park's Japanese Tea Garden is now free to San Francisco residents, so we learned about Japan and took a field trip.

First impressions of Exploring the World through Story, a literature-based curriculum. 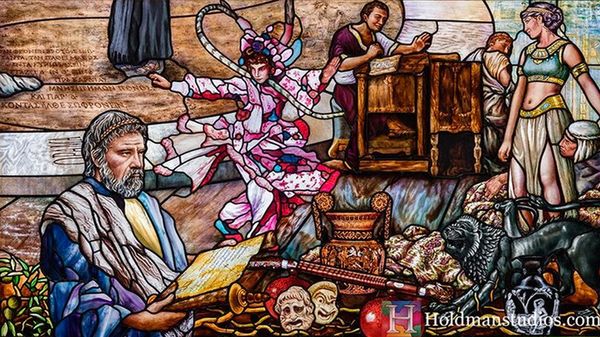 We're doing "secular homeschooling," which means that we aren't teaching from a religious viewpoint. It's not something I've talked about here, and it's not a phrase I find myself using very often, because it's not something that comes up. We're not religious. I was raised without religion, in a corner